A privately held commodity service provider (the client) was operating a co-packaging and warehousing operation for a National branded Manufacturer and marketer of organic sugar products.  The facility packages and warehouses over 20 Million pounds of sugar annually, and employs 25 people.  The operation had lost money for three consecutive years.  The Client needed assistance developing a deeper understanding of the issues involved, a plan for reversing the losses into positive earnings, and leadership guidance for the plant management.

We first conducted an assessment that included financial reviews, data gathering, analysis, observation, and dialogue with managers and employees.  This assessment identified opportunities in plant efficiency, service pricing, material yields, and relations with the Manufacturer.

Data review and analysis revealed that plant efficiency, as measured in output/hour, had eroded consistently over recent years.  From the analysis, Operating Standards, Key Performance Indicators and reporting systems to share plant performance with employees were quickly put in place.  In the first 4 months following this implementation, plant efficiency showed consistent and steady improvement.

To address the opportunity in service pricing, further analysis was conducted to determine standard costs on a per-SKU basis, in $/Lb.  This revealed that a portion of the product portfolio was profitable, but that a segment of it was not.  Predominantly correlated to the product weight, smaller (1-2 Lb.) configurations were profitable to produce, while the operation was losing money on larger products (6-50 Lb.)

Katz & Katz prepared a complete presentation, met with the Manufacturing client, and negotiated pricing adjustments to ensure all produced SKUs would be profitable.  The work-up included financial opportunities for the Manufacturer in raw material yields to offset their incremental costs.

Within six months of initiating the efficiency initiative, and two months following the pricing adjustments, the Operation showed its first profitable month in over three years.  The momentum continues, as Katz & Katz continues to provide services to sustain efficiency gains, participate in analysis activities with the Manufacturer, and provide occasional leadership guidance to the operation.

Many smaller businesses grow through investment and acquisition, but often their investment in and development of Management Systems fails to keep pace.  This can result in the inability of the organization to leverage its new scale to achieve efficiencies and future growth.  It can also result in a fragmented Leadership Team and Organization.

Katz & Katz was hired by the Owner and CEO of just such a company.  After over 80 years as a family business in the warehousing and service sector of the New Orleans green coffee trade, the business now operated over twenty warehouses, including several manufacturing facilities, in 5 locations, and served National coffee business.  Between 2002 and 2017, the operation grew from approximately 50 to over 200 employees, and currently enjoys revenues of over $30 Million annually.

The Owner was a highly involved CEO of the company.  He learned the business from his Father and assumed leadership at a young age.  He led major investments, and captured substantial Regional and National deals with leading coffee manufacturers.  As operations businesses came on line, the existing business models were incorporated but each unit was managed separately.

In our first discussions, the Owner acknowledged that there were likely better approaches to how his business is managed.  More importantly, he expressed concern that he really didn’t have a solid plan for the future of his company.  He agreed that he needed a succession plan.

Katz & Katz initiated a project with two goals – to strengthen the Leadership Team for the future, and to build and enhance Management Systems to facilitate growth.

Our Assessment phase of the project began with gathering input from the Leadership Team, through survey and other dialogue.  It was clear from the assessment that the Company lacked a clear Mission, and had no cohesive Strategic Plan for how it planned to achieve any such common goal.  It also identified opportunities in Organizational Accountability – largely driven by an unclear Leadership Structure.   While the Company was already working on much-needed IT infrastructure improvements, it needed an overall plan for building other needed infrastructure as well – core management processes to enable Operations to support one another, improve their financial performance, and grow.  It was true, at least in part when the Owner said, “we have the opportunity to be more ‘Corporate.’”

In the Alignment phase of the project, Katz & Katz formed and facilitated teams to begin crafting a strategic plan framework.   The first team collaborated to craft a clear and succinct Mission that would be a guidepost for all locations and employees.  At a company-wide leadership meeting, an extensive Situation Analysis of the business and organization was conducted – the first step in Strategic Planning.  The key insights from that analysis were fed to a team that focused followed our process in developing four Core Strategies – two focused on the Organization, and two focused on the Business.  Two more teams were formed to develop the Strategic Priorities – specific business plans to either build or enhance company infrastructure and processes.  This process took approximately 4 months from start to finish, driven by part-time participation from leaders across the organization, and facilitated by Katz & Katz.  Upon its completion and final approval of the CEO, the client now had a clear Strategic Plan to guide and monitor their progress over the coming 2-3 years.  The CEO now had a plan for strengthening his leadership team and enhancing Management Systems to optimize current operations and facilitate growth, along with the basis of succession plan

The Engagement and Execution phase of the project is currently in progress.  The first Priority Team sought to enhance select employee policies to make the company more competitive in attracting quality talent.  Katz & Katz facilitated a company-wide Employee survey and another team to make substantial enhancements within three months.  Other important Priorities are in progress – and the Leadership has its employees more engaged than ever before.

A Colorado marketer and manufacturer of consumer cannabis products was experiencing substantial growth, and ownership wanted to develop a clearer path forward for their conversion operations for flower and concentrate products.  They wanted to better understand their current capacity and requirements in light of their volume forecasts, and they wanted the basis of a plan for scale-up with efficiency and effectiveness.

Katz & Katz was engaged in a project to assess the capability of the operation and deliver key recommendations which would form the basis of an Operations Strategy and business plans going forward.

Beginning with discovery and information gathering, dialogue with leadership and employees, and observation of the operation, Katz & Katz conducted analysis to develop detailed conversion tables which clearly depict labor and machine requirements for future scenarios.  From this work, it was determined that current forecasts were achieve-able in the near term with present facilities and methods, but that growth of the operation would benefit from modest investment in the following areas:

The Client has begun executing against priority portions of the key recommendations, and the organization is already benefiting from the new clarity in their operational plans.


“David’s experience in manufacturing operations was useful in sorting through some of the unique challenges we face.  The analytics he provided gave me confirmation that my current operation can meet business needs for the near term, along with the basis of plans for growth and improvement beyond that.” 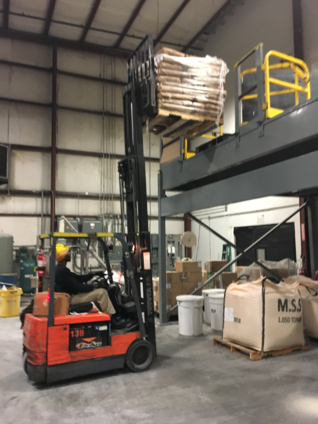 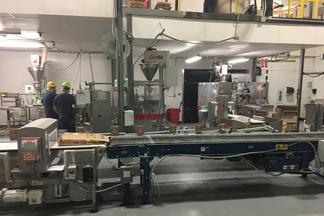